DSI’s Tri-National US Border Security Summit is designed as an educational and training “Town Hall” forum, where thought leaders and key policy-makers across a U.S., Mexican, and Canadian local, state, and federal law enforcement offices can come together for actionable discussions and debate.

Defense Strategies Institute would like to thank several of our most recent Border Security speakers for providing informative discussions & debate to our delegation during our previous iteration:

America shares 7,000 miles of land border with Canada and Mexico, as well as rivers, lakes and coastal waters around the country. These borders are vital economic gateways that account for trillions of dollars in trade and travel each year. They are also home to some of North America’s largest cities and communities. Protecting these borders from the illegal movement of weapons, drugs, contraband, and people, while promoting lawful entry and exit, is essential to Tri-National homeland security, public safety, economic prosperity, and national sovereignty.

DSI’s Border Security Summit advances goals to secure US borders through discussions on personnel, technology, and infrastructure; as well as working closely with Canadian and Mexican, federal, state, local, tribal, and territorial partners in a full spectrum event.

For border communities, important barometers for success are security and facilitation of travel and trade. It means an environment where businesses can conduct cross-border trade and flourish. DSI is proud to partner with the Border Commerce and Security Council to advance the priorities which facilitate the flow of legitimate trade and travel.

The Border Commerce and Security Council's is the nation's premier organization for fostering relationships between private sector business leaders and the governments of Canada, Mexico and the United States that will enhance North America's economic health and border security.

At our Summit you will have the ability to:

Gain Education & Insight:  Walk away with knowledge gained from our senior level speakers on some of the most complex issues facing the extensive border security community.

Build Partnerships: The agenda is designed to allow for ample networking opportunities and the ability to discover some of the latest technologies to effectively and efficiently transform border security.

Influence:  Share your own insight and knowledge during our interactive sessions. All attendees are given the opportunity to address our speaker faculty with their questions or comments and through out "town-hall" style format.

The 2013 Border Security Summit, we will address:

What are the most significant challenges to advancing seamless cross-border law enforcement operations?

Where are the greatest gaps in domain awareness?

What role exists for industry – where and how do they contribute?

DSI’s team specializes in the extensive research and development of our Summits'  content and focus areas, and will assemble the most respected minds in the US Border Security from Transnational federal, state, and provincial offices, along with key leaders in industry with the sole objective of advancing the mission critical needs of each respective community.

Our non partisan approach allows us to reach across all services and organizations to bring together a truly holistic group of decision makers and solution providers.

U.S. Border Security Summit is compliant with Department of Defense operating guidelines, and adheres to the most recent standards of the Office of General Counsel, Standards of Conduct Office:

*Qualifies as training in compliance with 5 U.S.C. Chapter 41 and is compliant with The Office of Government Ethics, Standards of Ethical Conduct for Employees of the Executive Branch: currently 5 CFR part 2635 and 31 U.S.C. 1353 as it pertains to OGE Standards.

*The U.S. Border Security Summit is open to all DoD and Federal employees and is considered a compliant education and training forum. 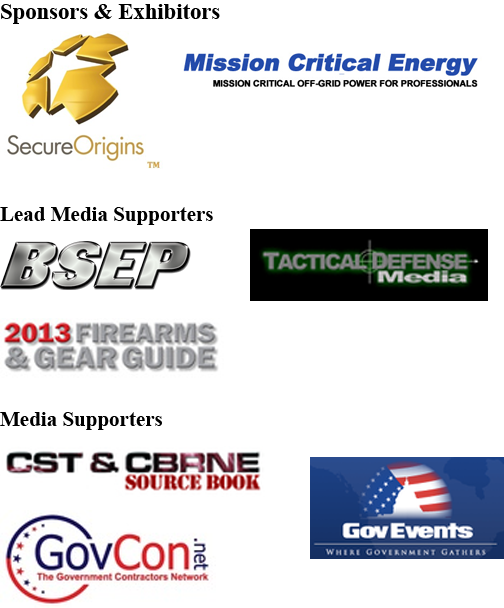